Ratings: 4
From 7 Voters
Get This Book

FINALIST FOR THE J. ANTHONY LUKAS BOOK PRIZE NATIONAL BESTSELLER Named One of The Best Books of 2020 by NPR's Fresh Air * Publishers Weekly * Marie Claire * Redbook * Vogue * Kirkus Reviews * Book Riot * Bustle A Recommended Book by The New York Times * The Washington Post * Publisher's Weekly * Kirkus Reviews* Booklist * The Boston Globe * Goodreads * Buzzfeed * Town & Country * Refinery29 * BookRiot * CrimeReads * Glamour * Popsugar * PureWow * Shondaland Dive into a "tour de force of investigative reporting" (Ron Chernow): a "searching, atmospheric and ultimately entrancing" (Patrick Radden Keefe) true crime narrative of an unsolved 1969 murder at Harvard and an "exhilarating and seductive" (Ariel Levy) narrative of obsession and love for a girl who dreamt of rising among men. You have to remember, he reminded me, that Harvard is older than the U.S. government. You have to remember because Harvard doesn't let you forget. 1969: the height of counterculture and the year universities would seek to curb the unruly spectacle of student protest; the winter that Harvard University would begin the tumultuous process of merging with Radcliffe, its all-female sister school; and the year that Jane Britton, an ambitious twenty-three-year-old graduate student in Harvard's Anthropology Department and daughter of Radcliffe Vice President J. Boyd Britton, would be found bludgeoned to death in her Cambridge, Massachusetts apartment. Forty years later, Becky Cooper a curious undergrad, will hear the first whispers of the story. In the first telling the body was nameless. The story was this: a Harvard student had had an affair with her professor, and the professor had murdered her in the Peabody Museum of Archaeology and Ethnology because she'd threatened to talk about the affair. Though the rumor proves false, the story that unfolds, one that Cooper will follow for ten years, is even more complex: a tale of gender inequality in academia, a 'cowboy culture' among empowered male elites, the silencing effect of institutions, and our compulsion to rewrite the stories of female victims. We Keep the Dead Close is a memoir of mirrors, misogyny, and murder. It is at once a rumination on the violence and oppression that rules our revered institutions, a ghost story reflecting one young woman's past onto another's present, and a love story for a girl who was lost to history.

SHORTLISTED FOR THE CRIME WRITERS' ASSOCIATION ALCS GOLD DAGGER FOR NON-FICTION 'Brilliant and extraordinary' Philippe Sands 'Astonishing ... Cooper is one hell of a detective' Alex Marzano-Lesnevich, author of The Fact of a Body 'Seductive ... Haunting' Ariel Levy, author of The Rules Do Not Apply In 1969, Jane Britton, an ambitious graduate ...

Armed with hundreds of blank maps she had painstakingly printed by hand, Becky Cooper walked Manhattan from end to end. Along her journey she met police officers, homeless people, fashion models, and senior citizens who had lived in Manhattan all their lives. She asked the strangers to “map their Manhattan” ...

*** Richard Lloyd Parry is the Winner of the 2018 Rathbones Folio Prize *** In the summer of 2000, Jane Steare received the phone call every mother dreads. Her daughter Lucie Blackman - tall, blonde, and twenty-one years old - had stepped into the vastness of a Tokyo summer and disappeared forever. That winter, ...

In Japanese culture, shibai means "drama," or "play," but in Hawaiian slang it means "smokescreen," "bullshit," "gaslighting." In this uncategorizable work, Don Mitchell weaves together a fascinating meld of fiction and nonfiction, past and present, speculation and discovery that excavates layers of truth, of error . . . and of shibai...

In this 2018 New York Times Notable Book, Paige Williams "does for fossils what Susan Orlean did for orchids" (Book Riot) in her account of one Florida man's reckless attempt to sell a dinosaur skeleton from Mongolia--a story "steeped in natural history, human nature, commerce, crime, science, and politics" (Rebecca Skloot). ...

This “superbly written true-crime story” (Michael Lewis, The New York Times Book Review) masterfully brings together the tales of a serial killer in 1970s Alabama and of Harper Lee, the beloved author of To Kill a Mockingbird, who tried to write his story. Reverend Willie Maxwell was a rural preacher ... 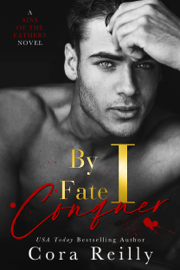