Ratings: 4
From 13 Voters
Get This Book

“Oliver Sacks meets Stephen King”* in this propulsive, haunting journey into the life of the most studied human research subject of all time, the amnesic known as Patient H.M. For readers of The Immortal Life of Henrietta Lacks comes a story that has much to teach us about our relentless pursuit of knowledge. Winner of the PEN/E.O. Wilson Literary Science Writing Award • Los Angeles Times Book Prize Winner NAMED ONE OF THE BEST BOOKS OF THE YEAR BY The Washington Post • New York Post • NPR • The Economist • New York • Wired • Kirkus Reviews • BookPage In 1953, a twenty-seven-year-old factory worker named Henry Molaison—who suffered from severe epilepsy—received a radical new version of the then-common lobotomy, targeting the most mysterious structures in the brain. The operation failed to eliminate Henry’s seizures, but it did have an unintended effect: Henry was left profoundly amnesic, unable to create long-term memories. Over the next sixty years, Patient H.M., as Henry was known, became the most studied individual in the history of neuroscience, a human guinea pig who would teach us much of what we know about memory today. Patient H.M. is, at times, a deeply personal journey. Dittrich’s grandfather was the brilliant, morally complex surgeon who operated on Molaison—and thousands of other patients. The author’s investigation into the dark roots of modern memory science ultimately forces him to confront unsettling secrets in his own family history, and to reveal the tragedy that fueled his grandfather’s relentless experimentation—experimentation that would revolutionize our understanding of ourselves. Dittrich uses the case of Patient H.M. as a starting point for a kaleidoscopic journey, one that moves from the first recorded brain surgeries in ancient Egypt to the cutting-edge laboratories of MIT. He takes readers inside the old asylums and operating theaters where psychosurgeons, as they called themselves, conducted their human experiments, and behind the scenes of a bitter custody battle over the ownership of the most important brain in the world. Patient H.M. combines the best of biography, memoir, and science journalism to create a haunting, endlessly fascinating story, one that reveals the wondrous and devastating things that can happen when hubris, ambition, and human imperfection collide. “An exciting, artful blend of family and medical history.”—The New York Times *Kirkus Reviews (starred review)

“Oliver Sacks meets Stephen King”* in this propulsive, haunting journey into the life of the most studied human research subject of all time, the amnesic known as Patient H.M. For readers of The Immortal Life of Henrietta Lacks comes a story that has much to teach us about our ...

In the summer of 1953, maverick neurosurgeon William Beecher Scoville performed a groundbreaking operation on an epileptic patient named Henry Molaison. But it was a catastrophic failure, leaving Henry unable to create long-term memories. Scoville's grandson, Luke Dittrich, takes us on an astonishing journey through the history of neuroscience, from the ...

In 1953, 27-year-old Henry Gustave Molaison underwent an experimental "psychosurgical" procedure -- a targeted lobotomy -- in an effort to alleviate his debilitating epilepsy. The outcome was unexpected -- when Henry awoke, he could no longer form new memories, and for the rest of his life would be trapped in the ...

The History of Neuroscience in Autobiography

This book is the second volume of autobiographical essays by distinguished senior neuroscientists; it is part of the first collection of neuroscience writing that is primarily autobiographical. As neuroscience is a young discipline, the contributors to this volume are truly pioneers of scientific research on the brain and spinal cord. ...

The psychologist who worked with a famous amnesiac patient for fifty years explains what his studies show about how memory functions and ways to keep the brain sharp. At age twenty-seven, Henry Molaison underwent brain surgery to remedy life-threatening epilepsy. This operation inadvertently destroyed his hippocampus, the engine in the ...

The Man Who Mistook His Wife for a Hat

In his most beloved and extraordinary book, Dr. Sacks recounts the case histories of patients inhabiting the compelling world of neurological disorders. Featuring a preface never before included. Oliver Sacks's The Man Who Mistook His Wife for a Hat tells the stories of individuals afflicted with perceptual and intellectual disorders: ...

The Immortal Life of Henrietta Lacks

So much to read, so little time? This brief overview of Patient H.M. tells you what you need to know—before or after you read Luke Dittrich’s book. Crafted and edited with care, Worth Books set the standard for quality and give you the tools you need to ...

The Reluctant Countess
by Eloisa James

One Last Chance
by Kat Martin 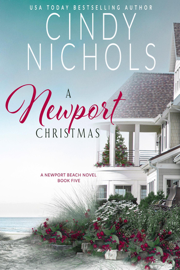 A Newport Christmas
by Cindy Nichols